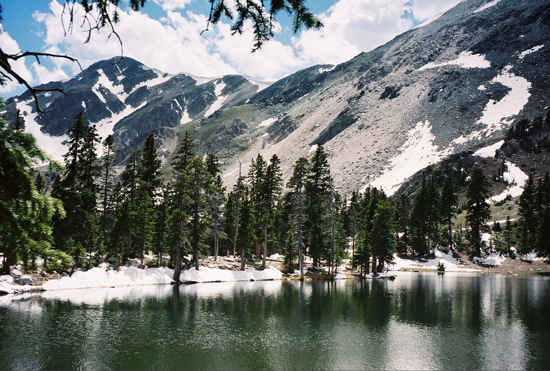 Sometimes the best journey starts when you slow down. Sometimes you hear more in a quiet place. Have a high point in your life down in the valleys. Reach down deep inside yourself up on the ridge tops.

Pecos is for people who want to explore the simpler, purer path. It isn't a park and it doesn't have a theme. It's a village tucked into a river valley, with a horizon that scans mountains and meadows and mesas and plains.

Pecos is for people who want to hear the beat of a bird's wings and the wind in the high mountain forest. A place to feel the joy of leaving no tracks. A place to remember what it's like to be civilized in the wilderness. Pecos is a place to hike, fish, horseback ride and meditate.

Pecos is a western saga, situated near an all-weather pass where the west was lost and won time and time again. First came Pueblo and Plains Indians, then Spanish settlers, then traders on the Santa Fe Trail and then Confederate and Union soldiers.

Pecos is a an ancient place with modern amenities, a village of small, family-owned lodges, restaurants, shops and guiding services. Pecos is a place of senses for people who value their sense of place.

PECOS is a gateway allowing travel from the Great Plains to Santa Fe through the southern Rocky Mountains.

The trail was used by Indian tribes, Spanish settlers, traders on the Santa Fe Trail, Civil War soldiers and cruisers on Route 66.

Today's travelers take I-25 on their journey between Santa Fe and Las Vegas, New Mexico. Pecos-Glorieta Pass exit 299 and the Rowe exit 307 are both a scenic six mile drive to the center of Pecos.

Main photo is Nambe' Lake in the Pecos Wilderness taken
by JerryFriedman http://commons.wikimedia.org/wiki/User:JerryFriedman